"painting your imagination with song.."

May 4th, 2022 - We are back! Since our last gigs in the summer of 2019 we have been busy: Aliza finished her Masters of Music in Violin Performance, Kit finished his PhD in classical music composition and orchestration research, and we welcomed a little boy into the world in April of 2020. We've been writing new songs, learning old ones, and we are excited to see you all again. Look out for shows this coming summer of 2022!

August 30, 2019 - Excited to be in Maine this weekend for a few shows and a celebration! Nocturnem Draft Haus in Bangor tonight -delicious beers and music and a Happy Birthday to Aliza's mom, Tania! :) Bissell Brothers Brewing Three Rivers in Milo, Maine tomorrow night!!

June 23, 2019 - Had a great few days of music and Swedish traditions in New Sweden and Stockholm, Maine! Always a pleasure to connect with Aliza's Scandinavian roots, and of course eat lots of delicious homemade ice cream!

June 19, 2018 - Back in Maine for another performance at the Bangor Public Library's Summer Series. We are excited to premiere some new songs too! We'll be in New Sweden, Maine this weekend at the Midsommar festival!

June 24, 2018 - October Gold had an incredible weekend in New Sweden, Maine at the Midsommar festival! Aliza spent much of her childhood in this neck of the woods and loved going to the festival as a young girl; it was a pleasure to return and take part in the festivities together!

June 1, 2017 - Enjoying the incredible scenery and warm hospitality of Switzerland! House concerts are one of our favorite types of shows :)

April 19th, 2017 - Spring has sprung and we are back from a winter hiatus, planning some shows this summer in Europe and New England! Updates to follow!

November 16th, 2015 - We are very excited to announce the international release of our five-song EP!! http://octobergold.bandcamp.com/album/october-goldMany thanks to Ben Ewing who did a wicked amazing job recording and mixing it (and producing it with us). And a big thank you to the McGill University studios for the fabulous halls to record in and top quality gear to use.And of course, last but not least, thank you to the wonderful musicians who joined us on the album: Evan Stewart: bass
Thomas Fortner: cello
Erin Schwabe-Fry: french horn
Will Bennett: percussion
Ben Ewing: tambourine, shaker

August 24th, 2015 - Our new self-titled EP, October Gold, will be released on November 16th, 2015 :) Here is the pre-order link: http://octobergold.bandcamp.com/album/october-gold-ep

May 16th, 2015 - The new EP is sounding great, we are almost done mixing. Planning a release this summer.

September 13th, 2014 - After a busy summer of writing music, visiting family, and swimming in rivers as much possible, fall is officially here!! And with it, our first show of the season, tonight at 7pm at The Acoustic Village in Knowlton/Lac Brome, Quebec. More shows and updates to come..

August 9th 2013 - 'Bridge of the Sun' Album Release Tour is well on it's way, continue to follow us on Facebook for pictures and updates! After exploring much of California, making our way up to Oregon, then back through CA and Arizona to New Mexico, we are headed to Colorado and then flying to Maine! What a trip!

October 2nd - 20 shows in 26 days in 9 countries - we can't believe it's over! After our last shows in Girona and Valencia, it's time for almost a week off in Spain! On the schedule are Malaga, Grenada, and Sevilla, and then we'll make our way back to Paris. Pictures coming soon, check out our VIDEOS page for vlogs of the tour! 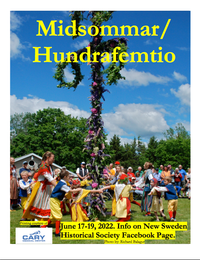