August 9th 2013 - 'Bridge of the Sun' Album Release Tour is well on it's way, continue to follow us onFacebook for pictures and updates! After exploring much of California, making our way up to Oregon, then back through CA and Arizona to New Mexico, we are headed to Colorado and then flying to Maine! What a trip!

October 2nd - 20 shows in 26 days in 9 countries - we can't believe it's over! After our last shows in Girona and Valencia, it's time for almost a week off in Spain! On the schedule are Malaga, Grenada, and Sevilla, and then we'll make our way back to Paris. Pictures coming soon, check out our VIDEOSpage for vlogs of the tour!

September 14th - Back in Germany, playing two shows in Kiel (our longest stop in one place on this tour). Looking forward to our 5 shows in the Netherlands next week (our largest amount of shows in one country on this tour...;)

September 12th - One week on the road, 5 shows down, just arriving in Sweden! About to post our first vlog. Check www.facebook.com/octobergoldmusic for lots of updates! 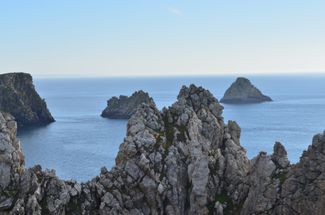 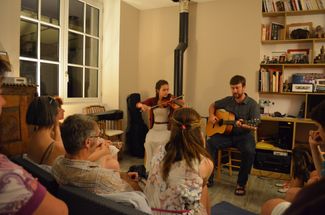 September 4th 2012 - Just landed in Paris, let the tour begin! See where we're playing by clickinghere! And click on BLOG to follow us more closely! :)

August 30th 2012 - The CDs have arrived!!! So nice to finally have a physical copy in our hands, and they look fantastic! A big thanks to Emily Soden www.emilysoden.com for all her designing genius. 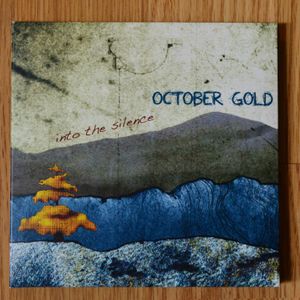 August 20th 2012 - We will be leaving for our European tour September 3rd! So far we have about 20 shows lined up in 4 weeks of touring. Click on SHOWS for details!

August 18th 2012 - We've been at Tanglewood with Duncan for a few days finishing up the final mastering of the album, and just sent off the CD to be printed!! Can't wait to get them in the mail and send them off to all the folks who pre-ordered a copy!

August 12th 2012 - We are headed to Maine soon for a week or so to play some shows and swim in the ocean! Especially excited for our show in Bangor, ME at Nocturnem Draft Haus!

July 6th 2012 - 'Into the Silence' is almost finished!! Ready for mastering, coming out soon! And the album artwork looks incredible, thanks to the talented Emily Soden. Please check out her website! www.emilysoden.com

June 1st 2012 - In order to raise money ahead of time for printing our CD, we are offering Pre-Orders of our new album, 'Into the Silence'! Go to www.indiegogo.com/kitandaliza for more info!

May 2nd 2012 - In the final stages of mixing with Duncan! He has put in so many hours for us to get this album ready, with the help of Brandon Wells premixing.

Working on a new video for the single "Being on the Road," here are some snapshots from the footage: 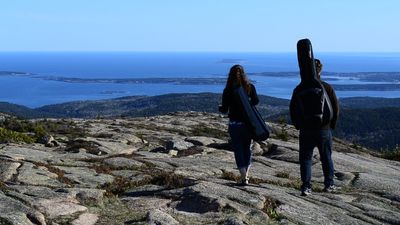 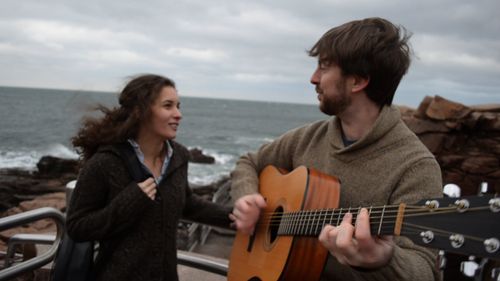 February 16th 2012 - Album recording is going great, getting started on our mixes already. AND we have decided to go back to Europe in the Fall for a second tour! Hoping to go back to some familiar places and see some new ones too!

December 10th 2011 - Although we originally thought we might be done with the album by now, we're now planning more recording over the winter months! Just couldn't help but add to the orchestration!!

October 22nd 2011 - We've been busy these past couple months adding orchestration to our album, instruments recorded or planned include guitar, bass, drums, violin, cello, brass quintet, piano, harp, and hopefully church organ! Excited to be recording so many wonderful musicians!!

August 4th 2011 - We are already back to work recording our next album! Been busy recording vocals, guitar, and violin. Now recording drums with Chris and Duncan in an old farmhouse in Vermont.

July 4th 2011 - We are back from our European tour! What an amazing experience. We played in so many incredible places and got to meet lots of friendly and talented folks. Check out our blog for a more detailed account of our trip! And thank you so much to everyone that helped us out along the way! 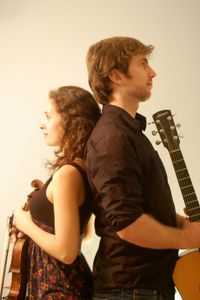 a showcase with Kit and Aliza performing "Glass of Water"

produced by Here On Out

an interview with Kit

"Like a Dancer Unstrung" is now available online! - itunes, bandcamp, etc... - and by mail-order through CD Baby.